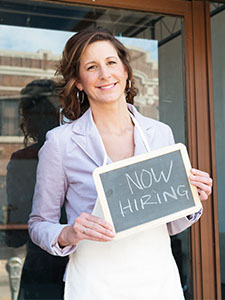 Mortgage rates trended downward last week, touching near-historic lows. This week, the consumer credit report is scheduled for release on Monday. On Wednesday, the weekly mortgage applications survey will be released by the Mortgage Bankers Association (MBA) and the Job Openings and Labor Turnover Survey (JOLTS) will be released by the Labor Department.

The Labor Department’s job openings survey tracks month to month changes in job openings, hirings, and voluntary quits. In September, the number of job openings increased by 50,000 to reach 6.4 million. The hiring pace began to normalize – down from 5.95 million hirings in August to 5.87 million hirings in September. Job separations (those who quit, are laid off, or retire) slowed slightly as well – dropping to 4.66 million in September from 4.49 million in August. The number of quits among private sector employees inched up by 0.1%. September’s job openings survey showed normalization after a huge surge of job losses in March and subsequent job openings in May.

With stay-at-home orders, Americans that have been fortunate to continue working from home and have been able to save thousands of dollars by cutting down on commuting costs and reducing expenses on social activities.  Some people have even saved enough to finance a first or second home due to record-low rates. If you would like to explore your home financing options, we would be happy to help.